These 16 PINS are driven out from 64 LED SEGMENTS present in the MODULE. Those 64 SEGMENTS on the MODULE surface are the 64 LEDS arranged in MATRIX formation.

The internal structure of any LED MATRIX MODULE will be same and is shown below. 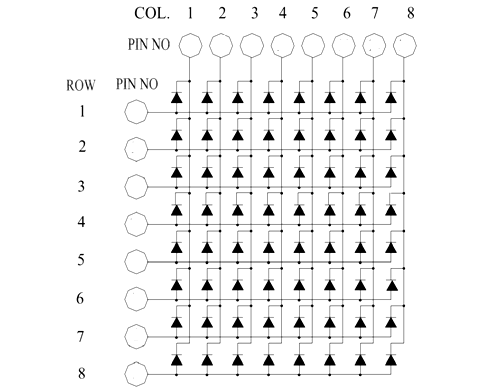 How to solve PIN CONFIGURATION issue

As shown above the POSITIVE and NEGITIVE PINS of MATRIX MODULE are irregular and may lead to problems while controlling the LEDs. This issue becomes even more complex when choosing a different MODULE. The best way to solve these problems is rearrange the terminals based on FUNCTION of PIN instead of PIN NUMBER. After rearranging the PINS we will have something as below. 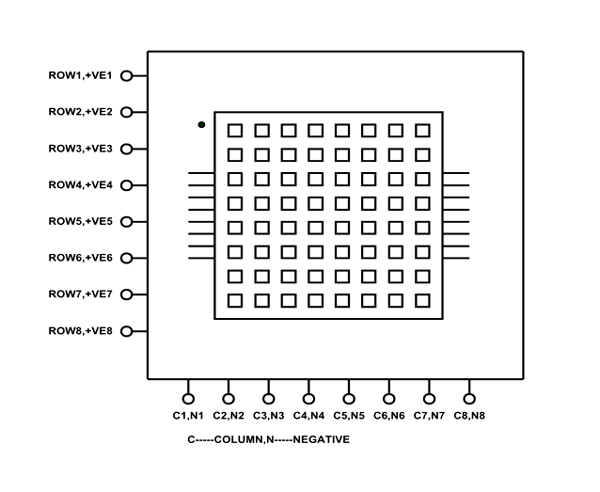 As shown in figure, by rearranging the EIGHT ROWS or POSITIVE and EIGHT COLUMNS or NEGATIVE we can completely eliminate the problem of PIN CONFIGURATION. As every module will have same ROWS and COLUMN even if MODULE outlets are random.